Skip to main content
All library locations are temporarily closed until further notice.

So, You Want to Read Comic Books?: Part 3 - An Independent Outlook

You’ve seen The Dark Knight, Guardians of the Galaxy, The Avengers and loved them all. Now, you’re curious to read the original stories. But every time you pick up a comic book, you’re overwhelmed by backstory, back-issue references, and parallel universes. After all, it seems like some of the major comic book heroes and their storylines have been around forever. Superman, the most iconic superhero, was first introduced to the world in Action Comics #1 in June 1938. So, where do you start?

In Part 1 - Film Familiarity, we looked at characters you might know from the movies and discussed good entry-level comics for their stories. In Part 2 - Classic Superheroes, we discussed classic heroes--the characters you've learned about through osmosis, based on their impact on the culture at large. This week, we'll take a look at titles that don't fit "traditional" comics categories, but are noteworthy nonetheless. 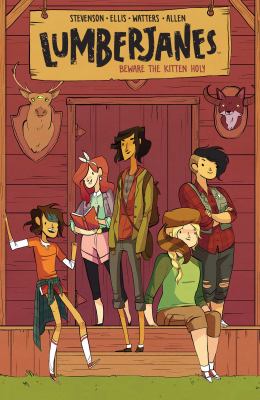 Five best friends spending the summer at Lumberjane scout camp...defeating yetis, three-eyed wolves, and giant falcons...what’s not to love?! Friendship to the max!

This girl-centric comic has received much acclaim. It’s the Goonies meets Buffy in the best way. The art is diverse, and the language is realistic. This is a great read for those of you who love a little mystery mixed with the supernatural.

Bone Vol. 1: Out From Boneville by Jeff Smith 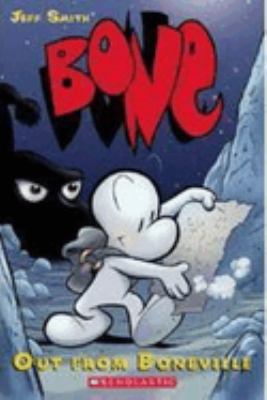 When three cousins, Fone Bone, Phoney Bone, and Smiley Bone, are banned from their homeland of Boneville, they find themselves mysteriously trapped in a wonderful but often terrifying land filled with secrets and danger. They are soon caught up in adventures beyond their wildest dreams.

This tale is a comedy-adventure story, revolving around a fantasy center. The art work is great, and for those who love to read between the lines there is a bit of social commentary involved as well. (Readers will generally see this when reading about Phoney Bone’s latest antics.) This is a great, light hearted read that is able to make a point as well. This comic is recommended to all readers and for all ages. 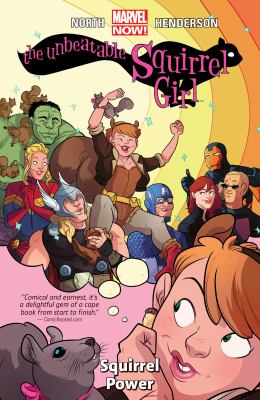 Wolverine, Deadpool, Doctor Doom, Thanos: There's one hero that's beaten them all-and now she's got her own ongoing series! (She's also starting college this semester...not that she's bragging.) That's right, you asked for it, you got it, it's SQUIRREL GIRL!

She’s quirky, she’s funny, she can kick some serious butt, and she wants to experience what it’s like to be normal. Unlike most young adult superheroes we meet, Doreen Green has already experienced the highs and lows of saving people’s lives. So, for now she wants to have the normal college experience. Joined by her squirrel friend, Tippey-Toe, Doreen is starting to learn normal may not be so easy. Readers who are looking for something quirky, fun, and funny will love Squirrel Girl.

The Woods, Vol. 1: The Arrow by James Tynion IV 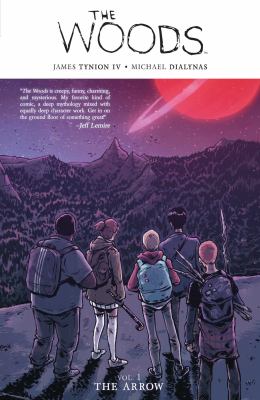 On October 16, 2013, 437 students, 52 teachers, and 24 additional staff from Bay Point Preparatory High School in suburban Milwaukee, WI vanished without a trace. Where are they? Why are they there? The answers will prove stranger than anyone could possibly imagine.

Power struggles, high school drama, and aliens all mixed into one. If you like the Maze Runner series or Lord of the Flies, then you'll like The Woods as well.

In Real Life by Cory Doctorow 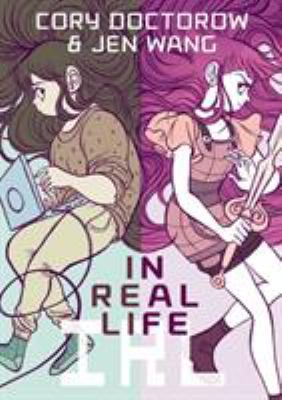 Anda loves Coarsegold Online, the massively-multiplayer role playing game that she spends most of her free time on. It's a place where she can be a hero and make friends from all over the world. But when Anda befriends a poor Chinese kid, whose avatar in the game illegally sells in-game objects to players from developed countries with money to burn, she learns that questions of morality are not black and white.

Following the character of Anda, Doctorow explores some of the issues facing female gamers. Some of the issues may seem a bit dated; however they were, and are, pertinent to the conversation of the place of women in gaming. Aside from this, expect Doctorow to explore the fine lines of ethics in gaming. The story is well-written, even if a bit rushed in the end. The art provided by Jen Wang is fabulous. Definitely recommended for those interested in exploring the relationship between real life and gaming.

Don’t miss Houston Public Library at Comicpalooza, the best multi-format pop culture convention in the southwest, June 17-19! Stop by our table in the Exhibitors' Hall, and look out for our panels this weekend:

You must have Javascript enabled to use this form.